Valley Oaks Health wants interns to develop knowledge and skills in clinical assessment and intervention by becoming skilled in both interview and psychometric methods of assessment, developing a broad range of conceptualizations for client problems and strategies for intervention, becoming skilled in the use of a variety of therapy techniques, and becoming more aware of their own strengths, biases, and limitations and how to work with them. It is our goal to help interns develop a professional identity within a multidisciplinary framework that values psychology while respecting the contributions of other specialties, by working closely with primary supervisors in developing an understanding of the scientific psychological approach, appreciating the different perspectives offered by a variety of colleagues from other disciplines, learning how to work as a member of a multidisciplinary team, and gaining a concrete appreciation of the professional and ethical obligations of psychologists in clinical practice. Interns will learn about the role community mental health centers play in the community and the health care system by identifying the spectrum of care offered by the community mental health center and how it relates to the needs of its clients and the community, learning about other community agencies/resources and how to work cooperatively with them, and appreciating the need to use limited resources wisely to meet realistic and practical goals.

A feature of Valley Oaks’ positions is that interns will work in two different settings and have supervision from at least three different psychologists during the year, though the main primary supervisor will be the same throughout the year. Through this structure, interns have the opportunity to be exposed to a variety of supervision styles as well as different clinic sizes and client populations. The generalist track offers unique training opportunities, such as experience with intensive addictions treatment, experience with SMI and homeless outreach specialty programs, and opportunity to be involved in supervision of practicum students.

This intern will complete all new-hire training required of Valley Oaks staff, including but not limited to such topics as diversity, trauma-informed care, substance abuse, working with Indiana’s Department of Child Services (DCS), etc. They will work alongside diverse staff and trainees within the Valley Oaks system.

Valley Oaks psychologists are recognized as valuable clinical resources, as evidenced by their involvement in guiding diagnoses and treatment plans for most of the agency’s clientele as well as their involvement in ongoing staff and community training functions. Other agency disciplines similarly encourage teaching and training through placements of nursing, medical, and social work students.

In this position, there may be opportunities to work with an intensive outpatient addictions program, the chronically mentally ill, and/or with a homeless outreach program, depending on availability and intern interest. Interns in this track also regularly work with clients referred by DCS, the court system, and probation. The majority of the internship is focused on traditional community mental health generalist practice: intakes, therapy, crisis intervention, etc. Specialized services are provided at select locations with the Valley Oaks system.

In the generalist track, the intern’s main placement will be four days a week at our main outpatient office in Lafayette serving Tippecanoe county. The secondary rotation will be one day a week for a full year with at one of our smaller, more rural locations, ranging from a 20-40 minute drive from Lafayette.

Interns in the generalist track will generally work a Monday – Friday schedule from 8:00 am – 5:00 pm each day. There may be some flexibility to work later hours such as 9:00 am – 6:00 pm or longer days balanced with shorter days such as 8:00 am – 6:00 pm one day and 8:00 am – 4:00 pm another day (as long as the intern is scheduled to work 40 hours in a given workweek). Such variations are not guaranteed and must be approved by both the main primary supervisor as well as the site supervisor for the clinic affected by the change in schedule.

The generalist track intern will be at the Lafayette Outpatient office four days a week, working with clients of all ages. Part of those four days will include time devoted to psychological assessment. The generalist intern’s secondary rotation will be one day per week at a smaller, more rural Valley Oaks location, approximately 20-40 minutes from Lafayette.

Interns will provide services in the following office locations:

It should be noted that satellite office locations for Valley Oaks Health range from 30-45 minutes (drive) from Lafayette and that interns must travel 45-60 minutes from Lafayette to Logansport for quarterly in-person didactic training. All Valley Oaks specific new-hire training takes place virtually or at our administrative office in Lafayette (415 N. 26th St.). Interns may need to travel to satellite offices on occasion for some of their supervision. 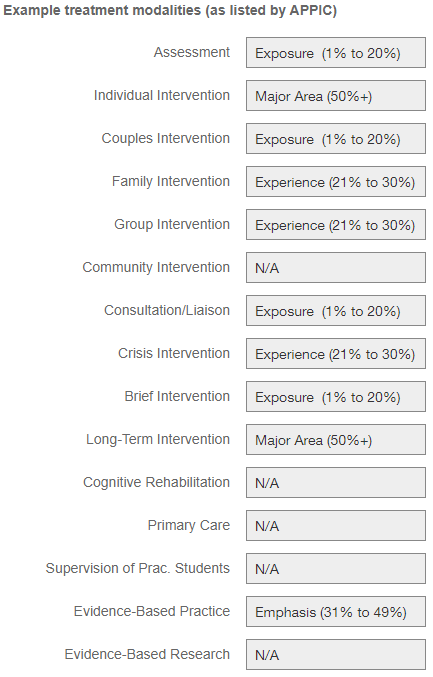 The most commonly seen diagnoses/supervised experiences that interns can expect to be working with at this location include, but are not limited to, mood disorders, ADHD, anxiety disorders, PTSD, substance abuse, and schizophrenia/other psychotic disorders. 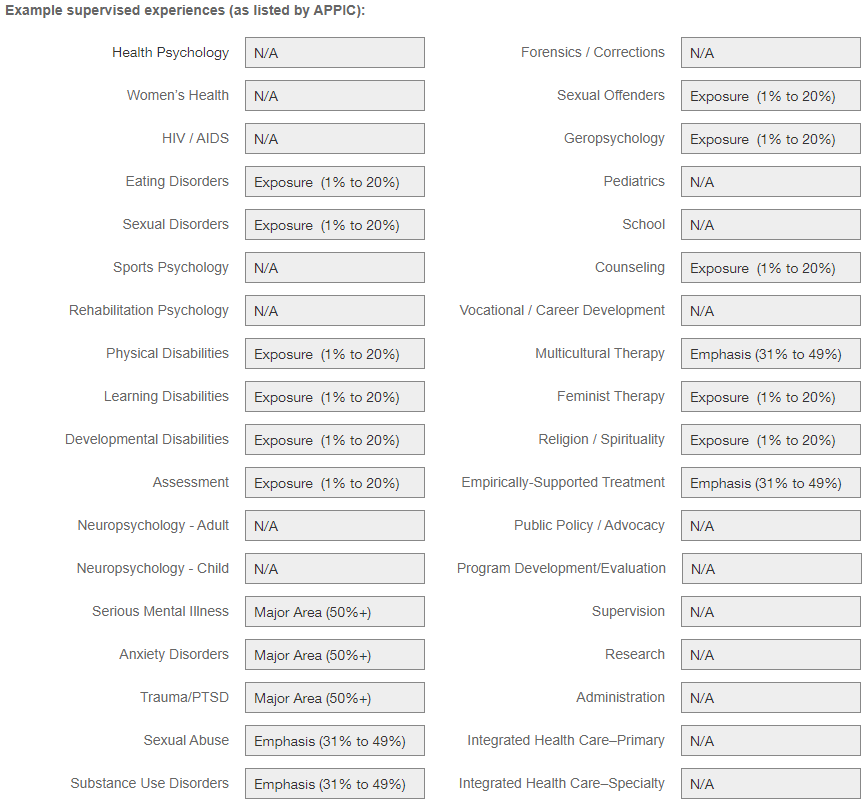 Valley Oaks Health is a comprehensive community mental health center headquartered in Lafayette, IN, serving a total of nine counties in north-central Indiana. It has the geographically largest service area of any mental health center in Indiana, maintaining offices in seven of those nine counties. Between our outpatient and residential programs, Valley Oaks has five physical office locations in Tippecanoe county. The Lafayette / West Lafayette metropolitan area has a population of 172,000, making it the 6th most populous in Indiana. Although the large majority of the area’s population is White Americans of European heritage, Purdue University has a very cosmopolitan student body as well as faculty/staff, representing over 120 countries. There is a growing Latinx population across Valley Oaks’ service area as well.

The population of Tippecanoe tends to be dispersed over a large geographic area with little in the way of public transportation outside of central Lafayette. There are even fewer public transportation options available in Carroll and White counties, where the generalist intern will have a rotation. Clientele often have difficulty with transportation to appointments, and there may be waiting lists to initiate therapy or specialty services. 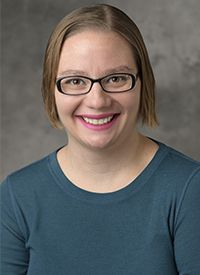 Dr. Ploskonka is the Main Primary Supervisor for the generalist track intern as well as the assessment supervisor for all interns. She received her doctorate in Counseling Psychology from Purdue University in 2017 after completing her APA-accredited internship at the University of Missouri – Columbia University Counseling Center. Dr. Ploskonka has diverse clinical experiences across populations, modalities (e.g., individual, couples, family, group), and settings (e.g., university counseling centers, community mental health agencies). She also has experience working within numerous theoretical orientations (e.g., cognitive behavioral therapy, interpersonal process therapy); however, she most prefers to work within social constructivist and narrative frameworks. She has served as a psychologist at Valley Oaks Health (VOH) since earning her doctoral degree, and her areas of clinical expertise include complex trauma, chronic mental health concerns, and substance use issues.

Dr. Ploskonka is also the Clinical Assistant Faculty member in Purdue University’s Counseling Psychology Doctoral Program. As the Clinical Assistant Faculty member, Dr. Ploskonka‘s primary role is serving as the Director of the Purdue Counseling and Guidance Center (PCGC), which is the in-house training clinic for the program’s doctoral students. Within her director role, she regularly conducts live observation of therapy sessions and also provides both individual and group supervision to doctoral trainees working within the clinic.

Dr. Ploskonka has experience working with doctoral trainees at all phases of their clinical development and training, ranging from trainees who are working with clients for the first time to intern-level trainees. Her supervision style focuses on developing trainees’ abilities to engage in both the art and science of psychological practice though a strengths-based approach, which focuses on highlighting trainees’ strengths while simultaneously refining their areas of growth.

Dr. Ploskonka is also actively involved in the Indiana Psychological Association (IPA) where she serves on the Science and Education (S&E) Committee. 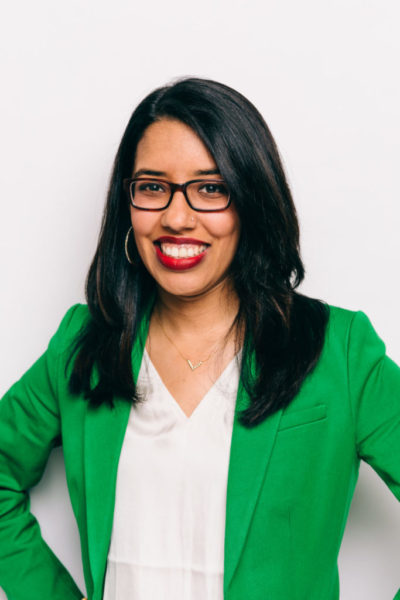 Monique Kulkarni, Ph.D., HSPP – Site Training Director
Dr. Kulkarni received her doctorate in Counseling Psychology from the University of Texas at Austin in 2012 after completing her APA-accredited pre-doctoral internship at the University of California, Berkeley. She is Senior Director of Clinical Services at Valley Oaks Health (VOH), and in this role oversees all aspects of clinical services in eight of nine counties in VOH’s service area. Prior to this role, she served as Director of Valley Oaks’ Community Living Program for Children and Adolescents, serving children and families through office, school, and community-based services in the greater Lafayette area. She has specialized training in early childhood mental health and a wealth of experience when it comes to issues of diversity and inclusion, identity development, and early career transitions. Over the past decade, she has served in numerous leadership roles within the Asian American Psychological Association as well as the Society of Counseling Psychology (Division 17) within the American Psychological Association. She also currently serves as one of the founding co-chairs of the Racial Equity and Leadership Committee for the Indiana Council of Community Mental Health Centers. 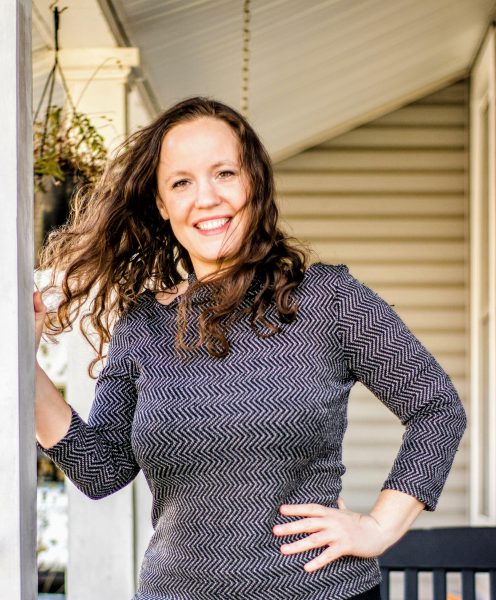 Dr. Rose has been the Main Primary supervisor for our integrated healthcare positions in years past and will continue to serve as a primary supervisor for our traditional interns. She received her doctorate in Counseling Psychology from Purdue University. Her research emphases include grief and loss, and multicultural issues. During internship, she specialized in older adult issues and dementia / Alzheimer’s and worked in integrated health care. She has primarily worked in community mental health settings. She sees a diverse range of patients, including adults, adolescents, and children. She currently conducts individual therapy, family/couples therapy, and addiction groups.

Life in Lafayette, IN

The Lafayette / West Lafayette metropolitan area has a population of 172,000, making it the 6th most populous in Indiana. Although the large majority of the area’s population is White Americans of European heritage, Purdue University has a very cosmopolitan student body as well as faculty/staff, representing over 120 countries. There is a growing Latino population across Valley Oaks’ service area as well.

Purdue University is a Big Ten university with an international reputation in engineering, agriculture, aviation, and business. Purdue provides a cultural influx to the area, with music, theater, and sports activities. West Lafayette, where Purdue is located, has one of the top-rated school systems in the state. The Lafayette-West Lafayette area has a prosperous and diverse economy with Subaru, Caterpillar, Alcoa, General Electric, Wabash National, Purdue, and Indiana University-Health being large employers in the area. Due in large part to the large and diverse employers in the area, the greater Lafayette area also has a thriving restaurant scene featuring a number of international cuisines as well as local microbreweries.

In addition, Lafayette is located one hour north of Indianapolis and 2 hours south of Chicago, both very convenient for day trips or weekend outings.